Home Guest Post Travel to Zanzibar for the Spice and Adventure

Travel to Zanzibar for the Spice and Adventure

Highlights from My Travel to Zanzibar 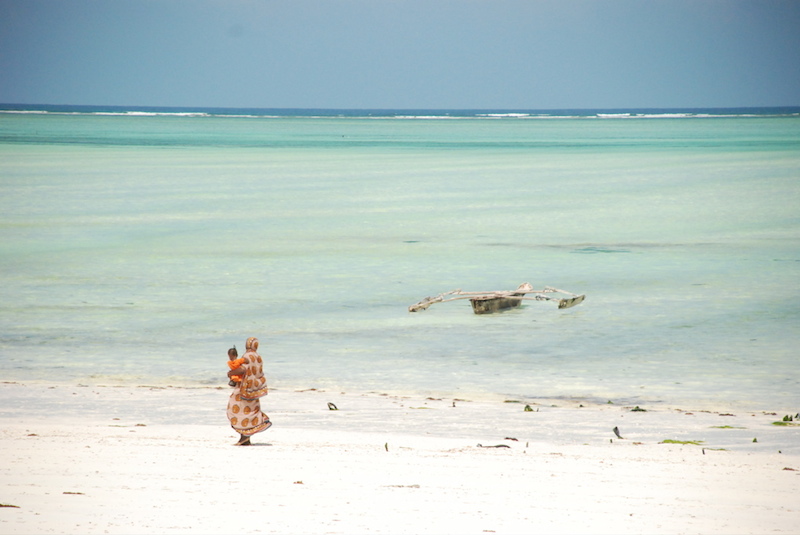 During my explorations of Africa, I didn’t travel to Zanzibar on purpose — I stumbled upon it by chance and immediately fell in love with it. While touring Tanzania’s coastline, a local recommended this island as the best place to learn more about the country’s history, but I soon found out that there is more to Zanzibar than I expected. From enchanting beaches and amazing dive spots to spice plantations and colorful markets, Zanzibar is the closest it gets to paradise on Earth. It is also one of the few places where I truly felt at home even though I knew little about the local language, customs, and culture.

The spice tour was the first point on my sightseeing list, and it certainly lived up to its reputation. After an information-rich lesson on the historical background of spice trade in the region, traditional planting and harvesting techniques and use of different herbs in local dishes, the guide encouraged us to try fresh nutmeg, black pepper, clove, vanilla, cinnamon, cumin and exotic fruits. I must admit, the flavors were much stronger than the dried spices I use back home. As for Zanzibar’s menu, my favorite treat is definitely the spice cake – made from airy pastry, chocolate, nutmeg, clove and cinnamon and sometimes topped by vanilla bean ice cream.

I visited Zanzibar in early December, which is the hottest month in the region, with up to 10 hours of sunshine a day and temperatures hitting 27°C/80°F. I stayed in the Fumba Beach Lodge, and although uncertain whether the upmarket prices would truly prove worth it, I really enjoyed my stay there. The beach is clean and well-maintained, and the amenities were more lavish than I expected. Following yet another local tip, I visited Nungwi, a small fishing village on the northern end of the island. It was rumored to offer loveliest sunbathing spots in Zanzibar and it delivered – I spent a day lazing around warm silky sands and sipping coconut water in the palm shade, where quiet echoes of local life were interrupted only by gentle sea breezes and the odd seagull call. 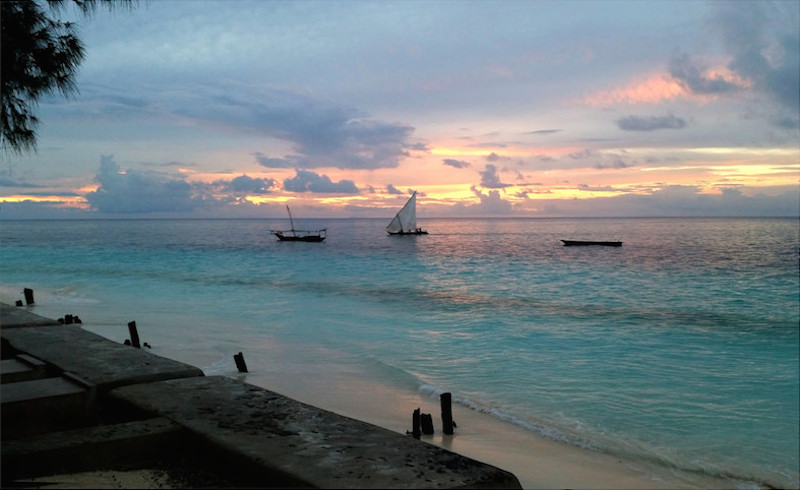 In Nungwi, I met a group of backpackers from the US who were staying in Zanzibar for a few months, and they filled me in on the best places to go diving, shopping and sightseeing. I took their advice and headed down south to Kizimkazi, where they said I could join a day tour to see dolphins. Well not only did I see these amazing creatures, I also got a chance to swim and play with them! As for the village itself, it does not differ much from Nungwi – it’s another fishing village where locals greet strangers with a wide smile, and it is also the site where the first traces of Islam in East Africa were discovered. The 12th-century Shirazi mosque (the first Muslim building in Tanzania) is situated around three miles off Kizimkazi and contains some of the original relics — such as decorative engravings carved into raw coral and the verses from Quran inscribed in the mihrab in the old Swahili dialect.

All the Colors of Stone Town

I would strongly recommend that history and culture buffs to check out Stone Town during their visit to Zanzibar. The former capital of the Zanzibar Sultanate, Stone Town is characterized by unique architecture comprising narrow alleys and monumental buildings. Here, you can see just how much the close trade relations with Arab, Persian, Indian and European merchants influenced the local culture. For example, stone benches (known as barazas) are lined up in front of the traditional Zanzibari homes, and many houses have distinct brass-studded doors with either rounded or rectangular tops. Elaborate door engravings and bas-relief often contain verses from the Quran or stylized images of Indian lotus flowers.

I also visited the House of Wonders which once served as the Sultan’s residence and now hosts a museum featuring exhibits on Zanzibar and Swahili culture. It’s also worth exploring the Old Fort right next door, which used to serve as the defense point against European invaders. While there I met a dancer named Jamala who performs in the small dance arena (a part of the cultural center set up a few years ago in the courtyard of the fort), and she showed me around Stone Town’s most important historical sites such as the Forodhani Gardens and the Palace Museum.

I never would have guessed what a big change my travel to Zanzibar would bring me — I have decided to move there as soon as I am ready to buy my own place. The locals treat you like family, the climate is ideal for my taste, and according to Kupatana, decent homes for sale and rent are far more affordable than in more developed parts of the world. Zanzibar is a dream come true for me – and I hope you will find it at least half as exciting and enjoyable as I did!

Oliver is an experienced business consultant from the UK. His job allows him to travel, which also happens to be one of his greatest passions. Recently he personally discovered the truth behind the saying “The only man I truly envy is the one who has not yet been to Africa… he has so much to look forward to.” You can find him on Twitter.