What’s it like to meander around the streets of downtown Asheville, NC?

For me, having lived in both a smaller town and a larger city, it was like being at the epicenter of a city that’s recently awoken and is in the rapture of discovering itself.

In the time I spent dining, reconnoitering, and window-shopping, there were some dominant themes that left me with a massive crush on Asheville, namely:

That said, let’s take a photo tour of downtown, shall we?

Asheville’s made it to precisely umpteen “Best Beer City” lists so there are taverns and pubs aplenty. We liked this one because of its groovy ride.

The Vance Monument
Obelisks date back to ancient Egypt, and are thought to represent the sun god or sunrise. Whatever it symbolized, the obelisk is found in numerous cities worldwide. (Seriously, look it up. It’s kinda weird.) This one is dedicated to NC’s former military officer, governor and U.S. Senator: Zebulon Baird Vance. (Dear NASA: have we named a planet “Zebulon” yet? We should.) 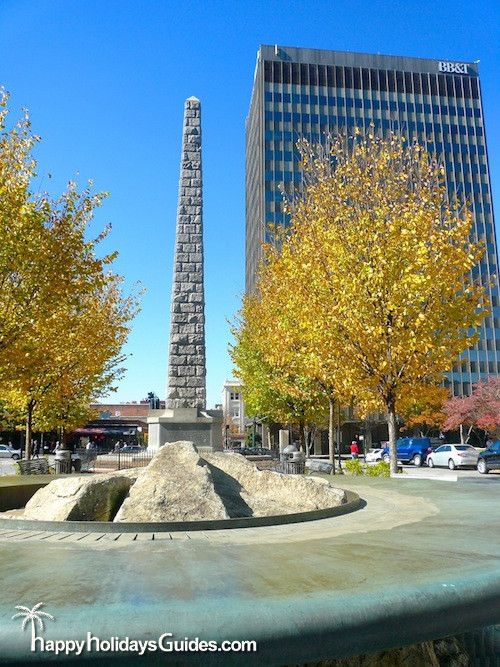 Pack Square Park
Walking east from the Vance Monument you’ll come to Pack Square Park, a lovely community area with lush grass and an amphitheater for performances. Make sure to check out the adjacent Veterans Memorial and maybe spend a quiet moment of reflection there. 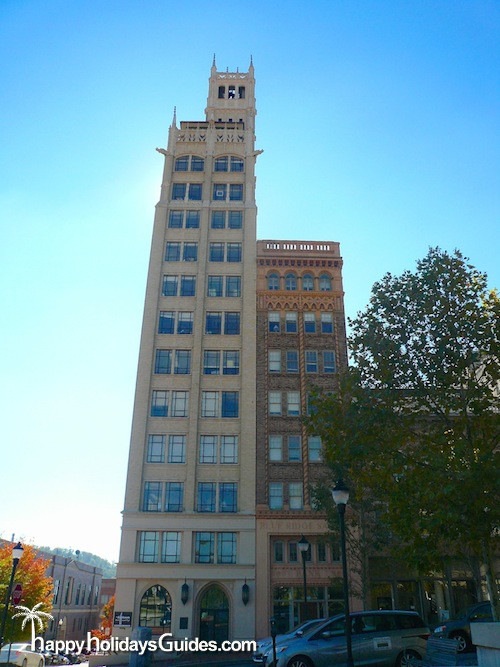 On Broadway (On Broadway)
A very representative snap of downtown Asheville streets. 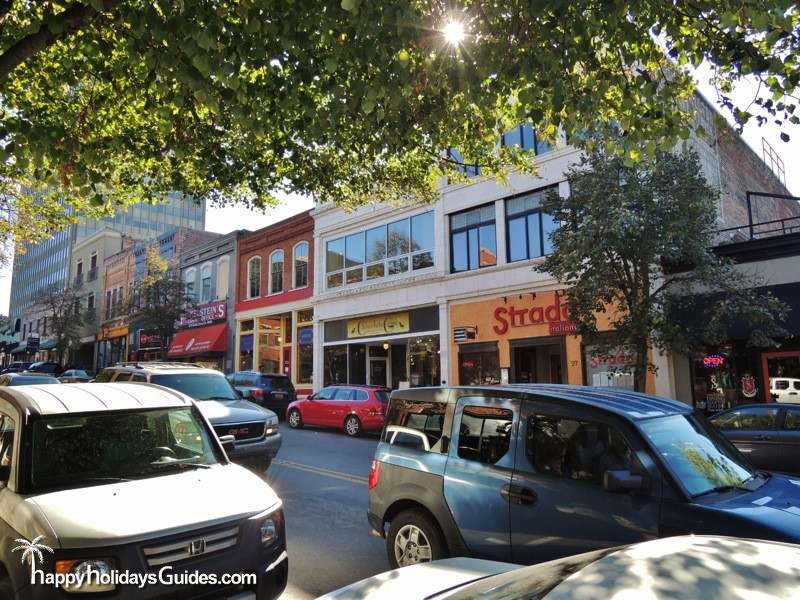 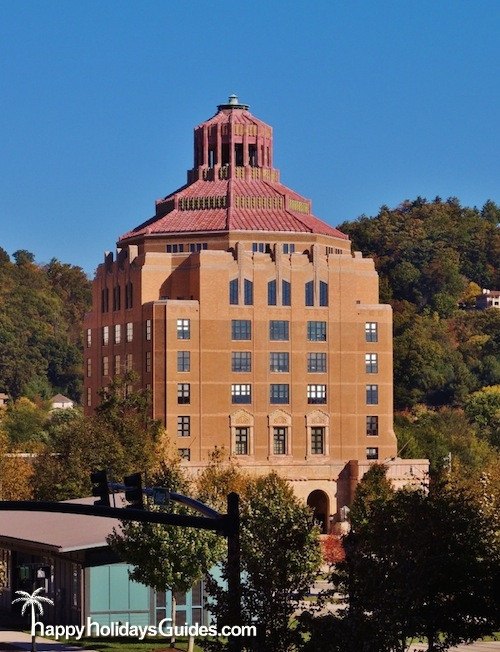 The Art of Desire
Small excerpt of this multi-panel downtown art project. What would you write? 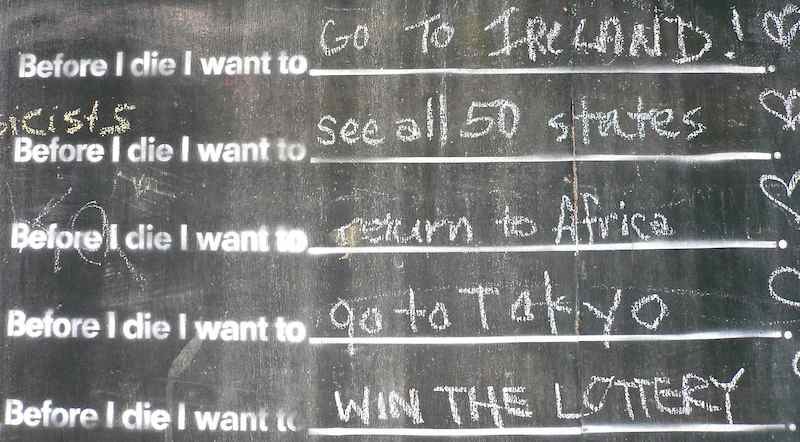 Oh, you artsy rebels!
The way you taunt authority is totally hawt. (I mean it.)

The Grove Arcade
An architectural gem from the 1920s, the Grove’s history includes being commandeered by the federal government during World War II, being used by the Climate Data Center in the 1970s and finally an extensive renovation in the mid 80s. The Grove Arcade was unmoved by all these shenanigans, maintaining its ornate but stoic facade. 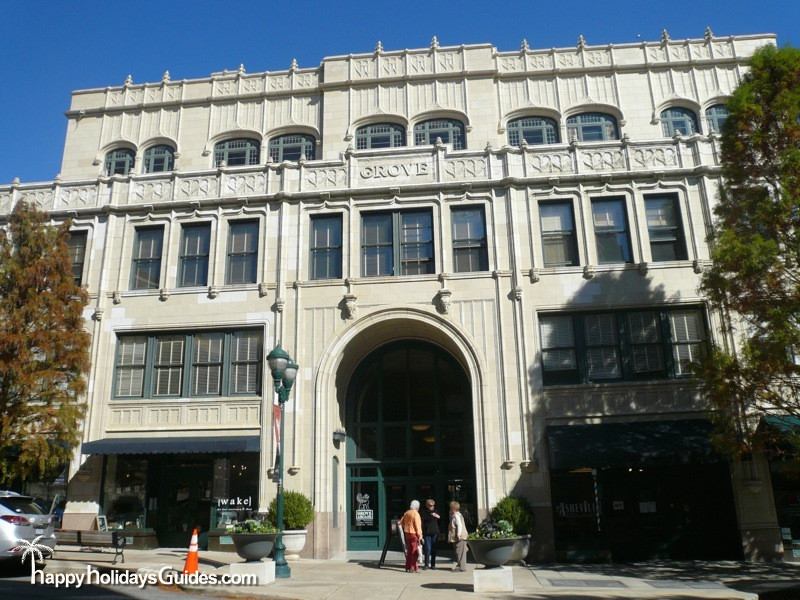 Splash of Color
Some golden fall color lines the streets.

Basilica of Saint Lawrence
A lovely peaceful cathedral to enjoy some stillness and beauty. 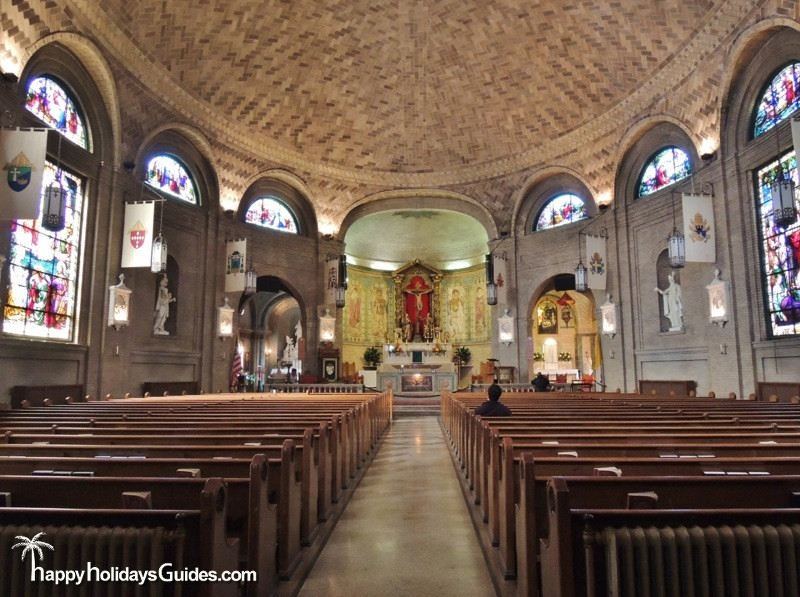 Night Lights
A friend told me he heard Asheville was an amazing town whose streets were paved with teddy bears. Not true (as seen here). Teddy bears are notoriously difficult to drive on and bad for your suspension.

So there you have our photo essay of downtown Asheville, and now re-looking at these photos my pupils have turned heart-shaped again. 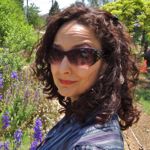 While Darren captures the eye candy, Lisa’s in charge of the words around here. She wants you to prioritize travel  because self-discovery and wonder are good for you. Know anyone who might enjoy this? Share it! Want to send us a note? We’ve got the Twitters and the e-mail.